My name is Bonifác Létai, I am 21, I’m from Ács, where I live with my parents and my two sisters. I’ll graduate in January 2015 from the Budapest University of Technology and Economics, from the Faculty of Mechanical Engineering.

I have a great affection for dogs, which started, as far as I can remember, in August 2000, when we bought Vacak, a chow. I think of her as my first dog, for the simple reason that she is the first I can remember having around. Actually, my dad’s been dealing with the breed since he was 18. In 1995 we had to move to a flat and therefore give away the population. We were so excited when our current house was ready for us to move in, which meant we could buy a puppy. That’s when Vacak arrived. I was 8 at the time, but the atmosphere of the dog shows has already fascinated me. Vacak participated at plenty of these shows and did great, won a lot of significant prices and titles. At our great pleasure, she gave birth several times. From the last litter of her puppies we kept one, Holly. If Vacak was beautiful of her kind, Holly was simply fantastic. Her precious personality and remarkable appearance made us all very proud. Just like her mom, she also swept to victory so many times. That’s why we didn’t hesitate to start breeding. On 13th November, 2011, moments before the first birth her heart gave up and she passed away. After this, I started to get to know the most possible about different breeds. We all really missed Holly, and in the meantime Vacak passed away as well at the age of 13, so we decided to get an other puppy, a leonberger. I researched all the Hungarian leonberger kennels, where I found the ‘C litter’ of the Leoland vom Unterberg kennel the most attractive. Both the parents and the owners seemed perfect. After talks with István & Kati, the breeders, I was totally convinced that I found what I was looking for. On 8th January 2012 we brought Casey home, and with this, our life has changed.

Casey is literally the dog of my dreams in every aspect. After some training at home we started to take her to dog shows. Things were new for me as well, because I’m her proud handler, which takes a lot of practice, but I’m loving it. Every minute spent with practice worth it, since she is constantly developing. I hope I can say that her breeders, Kati & István are our friends today. Besides my dad, I think of them as my mentors, and I always will be grateful for our amazing dog.

I am determined to once be able to breed this great breed. That’s why I created my own kennel under the name of Bear from Castle. I intend to breed healthy, well-formed, dark-masked, Casey-like leos, who both in their appearance and their behavior are close to the characteristics of the breed.

If you are interested in our kennel, check our homepage: Bear from Castle Leonberger Kennel 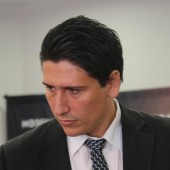 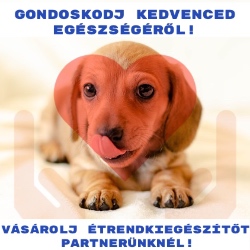